cctnewmexico.org
museduino.wordpress.com
@arduinogirl
Miriam Langer is a professor of Media Arts and Technology at New Mexico Highlands University, where she teaches physical computing and exhibit design. She is the co-director of the Center for Cultural Technology - a partnership between NMHU and the New Mexico Department of Cultural Affairs and runs the PICT (Program in Cultural Technology) project. She's the co-founder of the AmeriCorps Cultural Technology program, which has placed media arts students in paid positions in New Mexico's cultural institutions since 2011.

Miriam attended Cornell University and NYU’s Interactive Telecommunications Program. Her current research is the development of the Museduino, an open source electronics environment for exhibit designers and installation artists, which debuted at the Association of Science & Technology Centers (ASTC) Conference in Montreal. She has recently been a visiting artist at College of the Atlantic and Grinnell College. Miriam presents at ASTC, Museum Computer Network, Museums & the Web, and NM Association of Museums, among others. She's guest-lectured at the University of Lugano and the University of Siena, where she does her best to talk about Arduino in its native Italian.
Robust Installation with the Museduino
WORKSHOP FEE: $245
MATERIALS FEE: None.

Do you want to make a microcontroller-based installation or exhibit without having nests of wires or having to design your own PCBs? So did we! That's why we, the Cultural Technology Development Lab, made the Museduino - a stable pin-extending environment that allows for long distances between the main board and I/0. At our university lab, we make exhibits for museums, libraries, and national parks - so tech works best if it's open-source, modular, and inexpensive.

Museduino is an open-source electronic exhibit development kit that addresses the deployment of large footprint microcontroller-based systems. Using CAT5 cables, it allows for the stable extension of sensors and actuators. It’s designed to work with 10 of the most popular microcontrollers. The main Museduino shield fits with any Arduino Uno compatible shield, and connects to "satellite boards" via Cat5 connections. Satellites extend the pins, accept external power up to 15V (or can get 5V from the main shield), and can be up to 100 ft (30 meters) from the main microcontroller. "Smorgasboard" satellites can be daisy chained together for more pins & more distance! External power boards should be used at the end of a line.

In this workshop, we'll develop prototypes that extend the functionality of an Arduino Uno up to 100 feet, allowing for large-footprint stability without a drop in data or voltage.


SKILL LEVEL: Intermediate / Advanced
The workshop will be most useful for people who have some experience with Arduino or even Pi, or have worked with microcontrollers. However, anyone who is curious about the potential applications of Museduino, or has ideas for large footprint projects is welcome to register.


HARDWARE TO BRING:
• All attendees should bring a laptop (any operating system) with USB input (or adaptor), and a power supply.


SOFTWARE TO BRING:
• Arduino IDE current version (tested on your machine as certain OSX have had incompatibility with the new Arduino IDE) arduino.cc/en/Main/Software (for PC/iOS is fine) 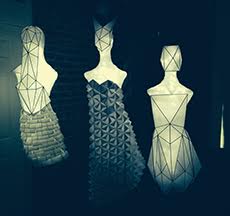